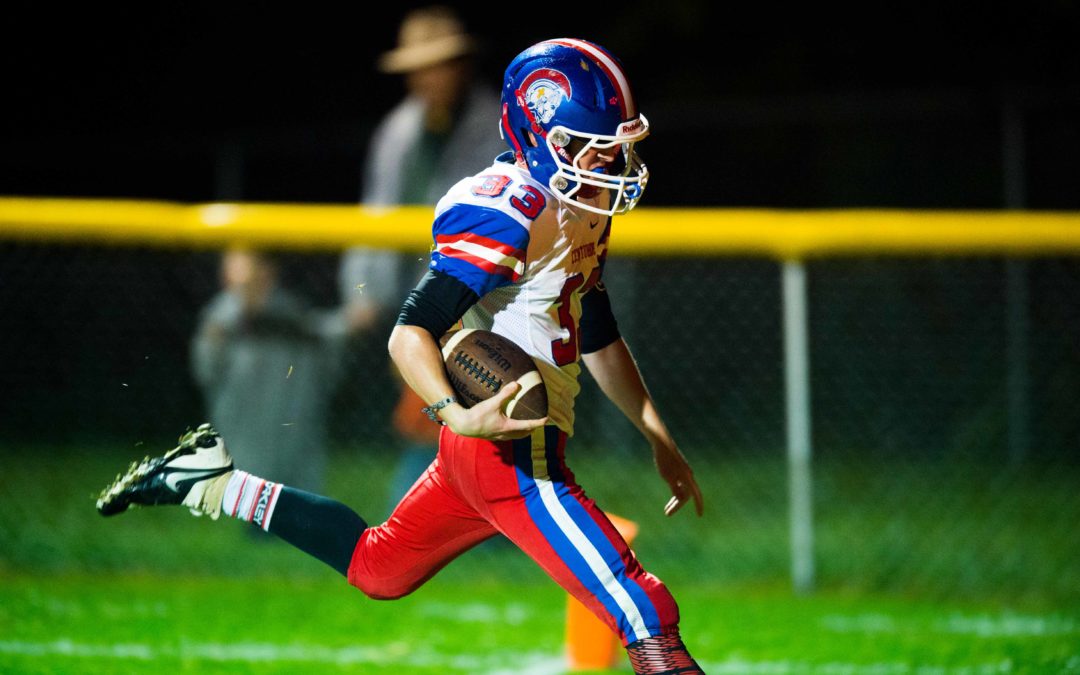 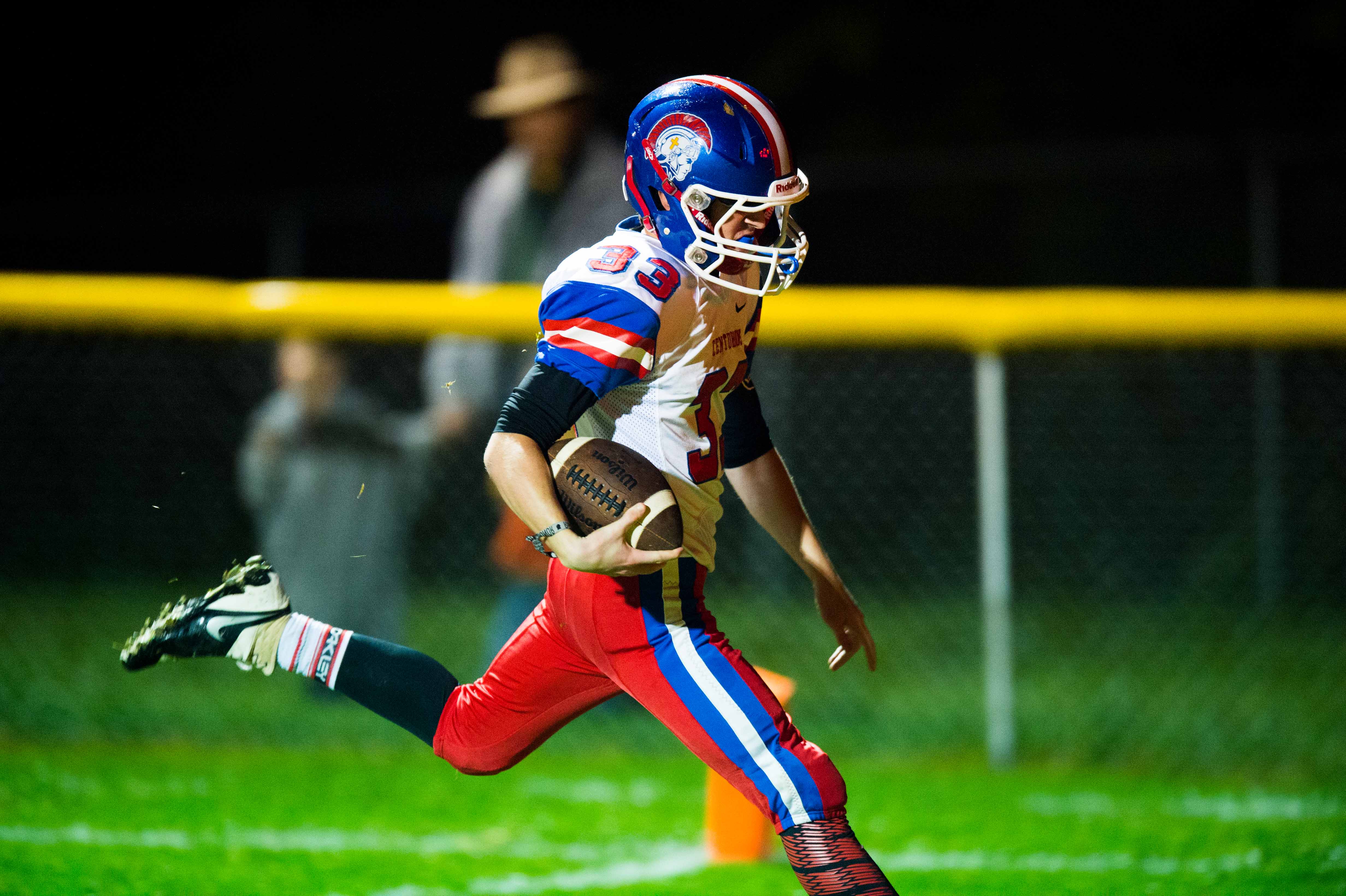 Your Christian Academy Varsity Football team moved to 8-0 on the season as they defeated Ft. Knox 43-0 on a cool, drizzling night at the Ft. Knox Military Installation. The Centurions jumped out early and never looked back. The CAL Special Teams put the offense in favorable field position as Cade Sparrow took the opening kickoff 60 yards to the Ft. Knox 10 yard line.

Nick Payne swept left for a 5 yard touchdown behind the block of Chuck Williams. The Centurion defense held for a quick three and out. Cal Lewellyn brought in the punt and exploded down the left sideline for a 51 yard punt return to the Ft. Knox 5 yard line. Payne went in from the 4 yard line to put CAL up 14-0. Later in the quarter Tanner Young lofted a rainbow 30 yard TD pass to Clay Davis and Payne rushed in a third score as CAL went to half 28-0. 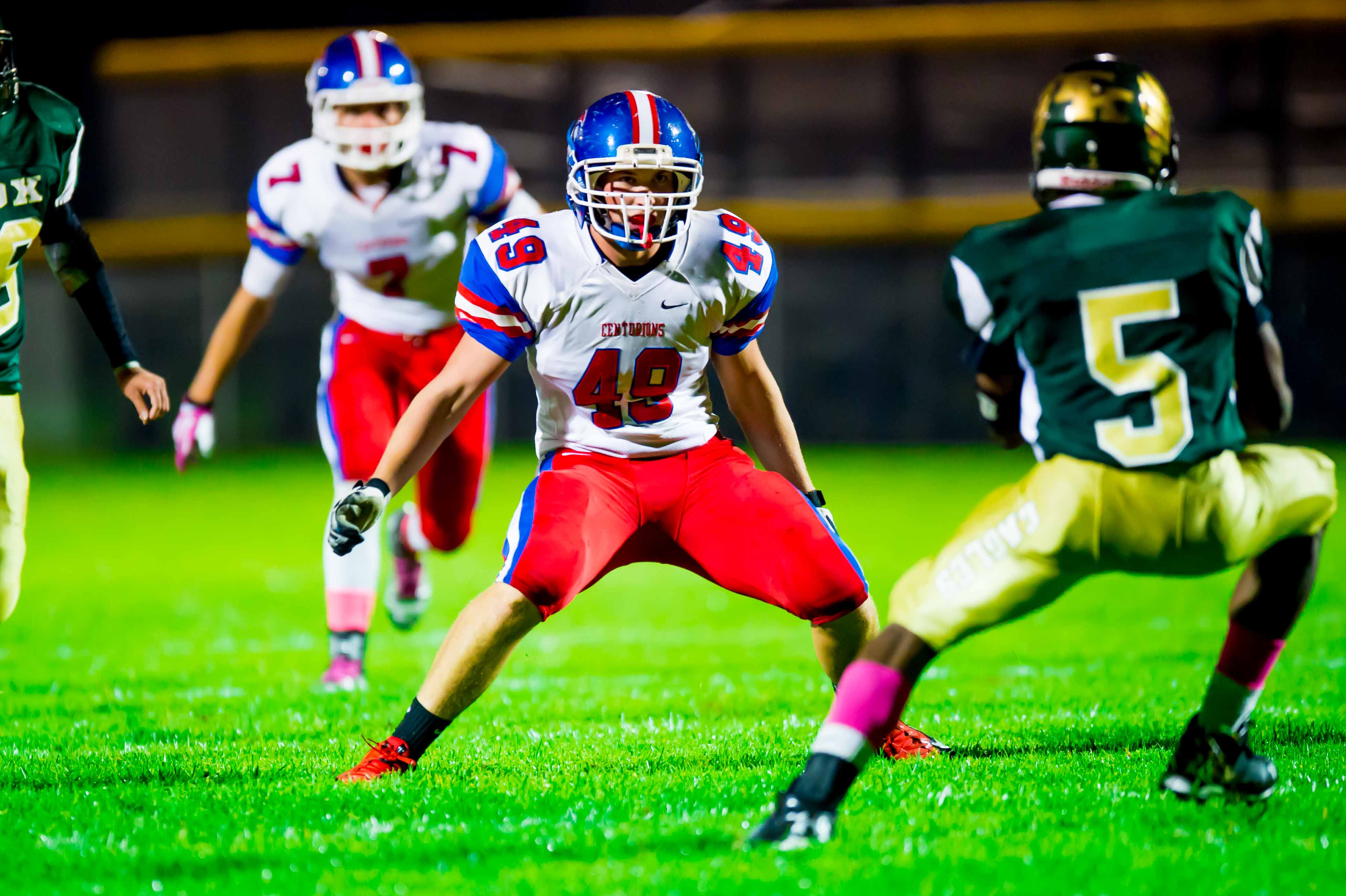 The CAL defense continued its dominant play on this night and several new faces were seen on the defensive side of the ball. Logan Young and Nathan Lawson stepped in and made an immediate impact totaling six tackles each. Other significant contributors were Joel Shelton (3 tackles), Zac Zimmerer (2 tackles) and T. Wolfe (4 tackles). Hayden Pass picked up a quarterback sack and Alec Jessie recovered a fumble deep in Centurion territory to keep the shutout alive. Shelton has been a steady force on special teams this year. The CAL defense held Ft. Knox to 72 yards rushing on 25 carries and zero passing yards.

Well, this is what we have all been waiting for…..DeSales week. Friday night. 7:30. Road game. District title on the line. Rivalry. Passion. Fun. Victory! You don’t want to be that person that misses this game. Let’s go CAL!!!!